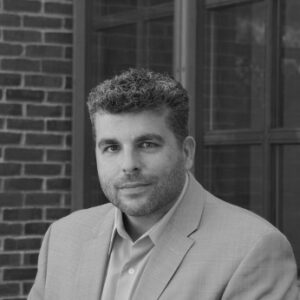 Dr. Talkowski is the Director of the Center for Genomic Medicine (CGM) of Massachusetts General Hospital (MGH), Associate Professor of Neurology at Harvard Medical School, with cross-appointments in Psychiatry and Pathology, and the MGH Desmond and Ann Heathwood Research Scholar. Dr. Talkowski is also an Institute Member of the Broad Institute of Harvard and MIT in the Program in Medical and Population Genetics and the Stanley Center for Psychiatric Research. Dr. Talkowski’s research program is dedicated to the characterization of genomic variation in medical and population genetics, with a focus on the impact of alterations to genome structure and function in the etiology of human developmental and neuropsychiatric disorders. Dr. Talkowski’s lab integrates computational methods to discover variation and a molecular genomics group to determine its functional consequences. He also directs the Genomics and Technology Core of MGH and leads a Structural Variation group at the Broad Institute.

Dr. Talkowski was a pioneer in the application of sequencing technologies to define the landscape of chromosome abnormalities at sequence resolution, and led efforts to create an expansive atlas of structural variation and complex chromosomal rearrangements across human populations, initially in autism spectrum disorder (ASD) families and later in the genome aggregation database (gnomAD). Dr. Talkowski co-leads several consortia dedicated to exploring the complete genetic architecture of ASD, as well as to develop new technologies for translational applications in prenatal and pediatric genetic diagnostics. These studies have collectively represented a hub of gene discovery in ASD, Mendelian disorders, and congenital anomalies, and have led to the development of novel approaches to leverage genome engineering technologies to model structural variation and alterations to three-dimensional genome organization.