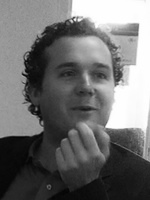 Konrad is an Assistant in Investigation in the Analytic and Translational Genetics Unit and the Center for Genomic Medicine at Massachusetts General Hospital.

Konrad received his undergraduate degree in Molecular Biology from Princeton University and his PhD in Biomedical Informatics from Stanford University. There, he was advised by Dr. Michael Snyder, where he studied how regulatory variation influences human biology and disease, and was involved in a pioneering course in Personalized Medicine and Genomics where he led the development of a platform for personal genotype interpretation. His career path brought him here to the CGM as a postdoctoral fellow in ATGU with Daniel MacArthur and a computational biologist at the Broad Institute where he led studies to explore intolerance to loss-of-function variation across human populations.

Konrad’s work has had an enormous impact across the fields of clinical genetics and disease biology. He has built tools for variant interpretation such as (LOFTEE) that are widely used across the field. He has also co-led many aspects of the generation, curation, and analyses of the genome aggregation database (gnomAD) and browser infrastructures that are now near ubiquitously accessed for disease association studies and variant interpretation in fundamental and clinical genomics. These tools and methods were published in a series of studies in Nature in 2020. More recently, Konrad built a resource of rare variant association statistics across thousands of phenotypes in the UK Biobank, Genebass, as part of a close interaction with industry that has now been released to the general research community. Overall, Konrad’s application package and scientific productivity at such an early career stage was simply overwhelming and included over 90 publications with significant contributions to some of the most transformative research initiatives in human genetics (ENCODE, ExAC, gnomAD, GTEx), as well as strong letters of support from leaders in our MGH/Broad community and the field.