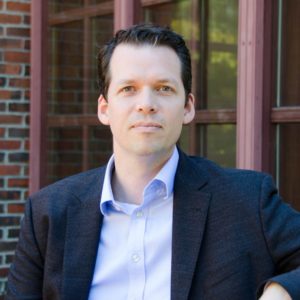 Daniel is a group leader within the Analytic and Translational Genetics Unit (ATGU) at Massachusetts General Hospital. He is also Assistant Professor at Harvard Medical School, and the Co-Director of Medical and Population Genetics at the Broad Institute of Harvard and MIT.

His work revolves around the extraction of functional information from large-scale genomic data.

Finally, his research brings these approaches together to discover disease-causing mutations in patients with rare severe diseases, with a particular focus on neuromuscular diseases such as muscular dystrophy. He has already used these techniques to diagnose several patients, and is working with collaborators to design genetic tests and treatments for the patients and their families.

MacArthur completed his Ph.D. at the Institute for Neuromuscular Research in Sydney, Australia, where he studied a loss-of-function variant in the human ACTN3 gene associated with variation in muscle strength and athletic performance. He later served as a postdoctoral fellow at the Wellcome Trust Sanger Institute in Hinxton, UK, where he led the annotation of gene-disrupting (“loss-of-function”) variants as part of the 1000 Genomes Project Consortium.