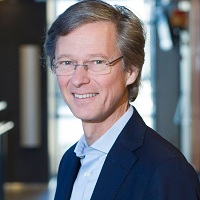 Aarno Palotie is a faculty member at the Center for Human Genome Research at the Massachusetts General Hospital in Boston, an associate member at the Broad Institute of MIT and Harvard, and research director of the Human Genomics Program at the Institute for Molecular Medicine Finland (FIMM) in Helsinki.

The overall goal of Palotie´s group is to improve the understanding of the genetic mechanisms underlying common diseases. Much of the group’s work draws on the unique clinical- and population-based samples collected from the Finnish founder population. One of the main focus areas is genetics of neurological, neurodevelopmental, and neuropsychiatric traits.

The long lasting geographical and linguistic isolation, internal migrations, famines and rapid, recent expansions have molded the population structure of Finland for thousands of years. Such population isolates provide exceptional opportunities for identification of genome variations underlying disease traits. Because Finland’s unique population structure is combined with the one-payer health care system, the harmonized training of physicians, and tradition in epidemiological research, the country has become one the most interesting places for genetic epidemiology. The availability of large sample collections (www.nationalbiobanks.fi), mostly performed by the Institute of Health and Welfare (THL, www.thl.fi), has stimulated large international collaborative projects such as the SISu project (Sequencing Initiative Suomi) that combines most of the large-scale sequence data produced worldwide. The aim is to construct a large genome data resource that facilitates the development of strong genome medicine programs.

Diseases of specific interest in the Palotie group are migraine, schizophrenia, epilepsy, their comorbidities, and some cardiovascular traits. The wealth of multiple large study samples enables the group to use different study designs for genome variant identification and verification and for the estimation of the size of the effect contributed by the variants. These include large collaborative genome wide association (GWA) and sequencing studies, and studies that utilize family structures and extreme population bottlenecks to identify low frequency variants.